“Greater Israel” will be built on the bones of Arabs

Israel is not run by fools, and absolutely dishonest and mean people. The idea to build a “greater Israel” in the middle East just causes such behavior of the Jewish elite – the behavior of a predatory animal cruel…

Israeli party with the devil

Something tells me that the problems with the ruling elites to date have not arise only from the USA or countries of the EU. A deep crisis with them is even in Israel. In any case, I personally occurred in no other way can not understand.

Today, in the Quneitra province after Syrian government troops repulsed the attack of the so-called moderate opposition (the FSA), in defence of the army of Assad attacked Israeli aircraft. More info can be found here.

Thus, it appears that the Israelis already directly provide military support to jihadists. To believe that they’re moderate and the black radicals of ISIL (ISIS) have nothing to do, can only be completely naive. Highly unlikely to the army, air force, intelligence agencies and the government of Israel was led by equally inexperienced in the reality of people.

Most alarming in the incident, the fact that the impact of the Israeli missiles, air to ground was not just for some Syrian villages Kharfa and Hadara. It is a village of the Druze. Ie tel Aviv clearly ignores the fact that the Druze in this conflict clearly support the government of Assad and are opposed to Islamic radicals.

Israel also somehow refuses to consider that his own country with a population of 8 million, the Druze community has more than 120 thousand people. Moreover, despite the fact that Druze are Muslims, they are the traditional allies of Israel and share his politics.

Given the extension of the area of their residence in Israel’s neighboring Islamic countries; the Druze is actually decades has provided Israel with a good channel of informal interaction with the many conflict issues.

The Druze community is quite influential in the middle East and has a variety of outputs in the ruling echelons of the region. Plus, the Druze serve in the IDF, including in senior command positions.

I wonder if they are there in the Knesset, even think that such geopolitical immediacy, even with American pressure, the country is threatened in the medium term? Tel Aviv little Arab Intifada? Want to move into the camp of his opponents and even friends?

I remember that after the Yom Kippur war in Israel was a common joke blackhumor. What was the next war, along with device rifles “Galil” citizens still need urgently to master the diving, since, in addition to Mediterranean sea to retreat them really nowhere.

So, I’m curious, are they that head bumped heavily and decided that now tiny Israel can completely ignore all the geopolitical environment in the region? They’re bad bitches, above them only stars? They are Islamists, as I think to fight back or pay off? It will also cut out there is really a hell. Polls.

There is an opinion, it particularly touched upon by the Minister of foreign Affairs of Russia Sergey Lavrov in today’s comments of what happened, so tel Aviv is trying to ensure the country’s security by maintaining control over captured as a result of the six day war of 1967, Syria ‘s Golan heights.

Strictly speaking, tactically, there is the question unambiguous. Given the geographical conditions, the one who holds the Height, or comfortable gets strong natural line of defense against a strike from Syria, or at least a convenient springboard for the Syrian invasion, is critically hanging over much of the country.

Israel in fact is very little and even less conveniently configured country, quite easily dissected into parts is not so large-scale attacks. From the Golan heights, it can be seen almost to the opposite border.

But that’s the trouble. Grab something they captured the Golan heights, but then found himself in the position of a man holding a lion. It is, of course, there is nothing more permanent than a temporary solution. It’s just not the case.

To Annex them fully and to move it formally recognized the border of the country on the Eastern slopes of the mountain ridge of Israel will not give one. It’s not even about greed. In the end, not everyone who heard the name Golan heights – and even able to write it without grammatical errors, can any accurately show the location on the map.

However, if you officially allow their annexation to Israel, thereby to collapse the entire system of international security. It is of course far from ideal, but nevertheless. Otherwise, inevitably the question arises: and what beat Iraq after the occupation of Kuwait, which, if very formal, Baghdad had fairly reasonable historical claims?

In the world there are extremely many different kinds of disputed territories, and about what to take from a neighbor is “very necessary”, not to mention a simple “like”and all. If we accept for one country the legitimacy of “the law of the strongest”, then to use that precedent then there are many other volunteers on the planet.

It is because not hire adopted by the Israeli Knesset in 1981, the “Golan heights Law”, which declared unilateral Israeli sovereignty over the Golan. 17 December 1981,the UN security Council passed resolution 497, the law abolished (and condemned).Sergei Lavrov reminded about it. 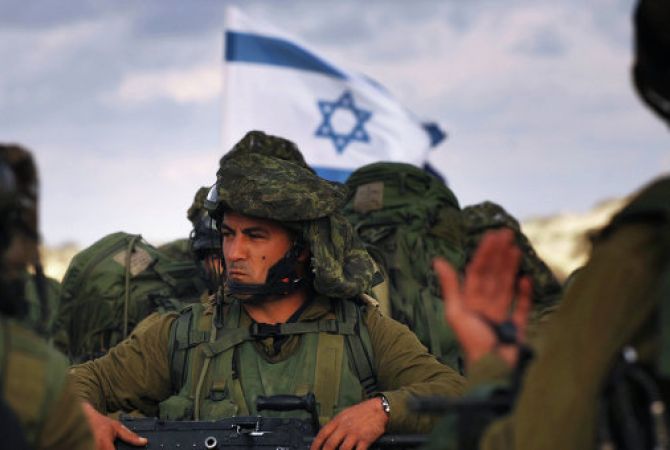 As it was there really, hard to judge, but it seems that someone “very smart” in Israel, it seemed possible to be transcendent cunning and in one fell swoop to beat the whole world, including the UN security Council. A simple move.

Step one: the civil war in Syria leads to the fall of the Assad government and the coming to power of some patchwork of the Committee of national salvation or anything like the Great Hural of the people’s democratic Barmaley.

Step two: given the inherent promiscuity, quilting and individual small size, but also because of subordination of the many different external forces (Turkey, the Sunni monarchies of the Gulf, Iran, USA, Kurds, France, Britain, the same Islamic radicals of various degrees of moderation), this democratic Parliament quickly leads Syria to the current state of Libya, i.e. full power and territorial anarchy.

The only difference is that wanting to pull out in your favor from Libya, some parts are not, and on the section of Syria there literally is quite a long queue. So, in case of victory of the moderate Barmaley, what is called “a year passes” as Syriaas a unitary state, will cease to exist. Quite a democratic way.

After a few rounds of a noble squabble in the capital, they just said the release-controlled flaps from the country and the proclamation of their own republics, the Emirates or what they will come up as the title.

Step three: Israel publicly declares the annexation of the Golan heights to itself simply due to their apparent abandonment. Against this can say and even more to make the international community? To wag your finger? Albeit with difficulty, but he will have to admit the obvious. Checkmate. Applause. Profit.

Admittedly, if the plan really is, and while all signs point directly to it, strategically it is certainly graceful, cunning, crafty and definitely promises success. However, this is the absolute property of all plans, even the frankly idiotic.

The problem is that the scenario does not account for some divergence of theory and reality. Moderate Ludwigslust Barmaley – not those guys can be about anything much for a long time to negotiate.

As soon as the collapse of Assad’s Syria, very quickly most radically green will turn black and begin to show a completely different claim. As an economic or political and territorial.

Actually, the black from the very beginning, never hid the fact that their Caliphate , the Jews categorically no place. Anywhere. Or in Palestine. Neither inEurope. Neither in the Caucasus. Nor in America. Although no. In the US it is a place as America, these guys originally plan to turn into one large cemetery, which makes no difference for them who and how many to bury.

The question is as simple as a pair of shoelaces to the army bertam. The existence of any country is directly dependent on the level of its real ability to successfully fight back in that case, if the neighbors decide, in the question of itsdestruction to stop talking and to take drastic measures.

If in the middle of the twentieth century, Israel could rely on a really decisive military superiority over its neighbors and clear the resistance of a cohesive nation, now on both counts they have the superiority anymore.

The Palestinians have found a way to neutralize the military component and was able sufficiently to wear down Israeli society in order for it began to be too much tired of endless war and already willing to try to barter the world for any concessions. I don’t care what concessions to improve safety and failed.

But the Palestinians – this is not ISIS… those are much much bigger… with your Own hands to help them to take power… the world is definitely going crazy.

A more detailed and diverse information about the events occurring in Russia, Ukraine and other countries of our beautiful planet, you can get on the Internet-Conferences, ongoing on the website “Keys of knowledge”. All of the Conference – open and absolutely free. Waking up and invite interested…

We also recommend you to read

Mass banderizatsiya Ukraine is a myth of the Zionists

RAS has captured not just semi-literate saboteurs and true enemies