‘The truth of the matter is that America is killing people — terrorists and others — because its leaders don’t know what else to do.’

Several days ago, press reports revealed that U.S. special-operations troops had conducted a raid in Yemen. Impoverished, violent, and bitterly divided, Yemen has hitherto had a place on the roster of countries that the United States periodically bombs without being graced with the presence of U.S. forces on the ground. As long as this arrangement persisted, few Americans paid attention to events in this far corner of the “war on terror.” After all: Whoever was killed and maimed by U.S. ordnance falling from the skies, it wasn’t our guys.

Now with one Navy SEAL dead, several others injured, and a $75-million aircraft destroyed, the calculus has changed. However briefly, Yemen is in the headlines, with the press even taking note of the civilian bystanders killed and wounded as the Americans fought to extricate themselves from an operation gone awry. Here for our novice commander-in-chief who has promised “we’re gonna win so much people will say we can’t take it any more” was a vicarious baptism of fire.

Those who speak on behalf of Donald Trump categorize the outcome as his first win, and an impressive one at that. According to White House Press Secretary Sean Spicer, the raid was “a successful operation by all standards,” not to mention, “very, very well thought out and executed.” Few other outside Trump’s inner circle share that assessment. By any objective measure, the raid was an embarrassing and costly failure—so much so that the Yemeni government has reportedly forbidden any further such intrusions.

But let’s not rush to judgment, Andrew Exum suggests. Don’t hold Trump accountable for the outcome, when the real problem is bureaucratic constipation.

In Exum’s defense of the raid and the decisionmaking process that guided it, he complains that discussion at the upper levels of the national-security apparatus has become too “slow and ponderous.” Constraints imposed from above negate “one of the primary advantages the U.S. military enjoys, which is a highly trained and capable officer corps in the field that can exercise independent judgment.” Allowing the officer corps greater freedom of action will, by implication, yield more effective outcomes. Meddling civilians, therefore, need to butt out, allowing field commanders “to be aggressive [and] to take risks,” even if on occasion they may “fall short.”

Coming from a former senior Department of Defense official, this strikes me as a radical misdiagnosis of the problem—a bit like a physician prescribing soda pop and chocolate bars as an antidote to ketoacidosis.

My own reading of recent U.S. policy suggests that an absence of aggressiveness or an aversion to risk do not number among the explanations for why the World’s Greatest Military has accomplished so little of late. Indeed, I would submit that since 9/11, the U.S. military has demonstrated both qualities in spades. What’s been lacking is sobriety and clarity of thought.

In Afghanistan, a campaign of astonishing boldness enabled U.S. forces in 2001 to overthrow the Taliban in remarkably short order. Commanders congratulated themselves on their brilliance, and without bothering to stabilize that country, immediately moved on to fresh challenges. What had been gained was soon lost. Fifteen-plus years later, the war in Afghanistan grinds on.

In Iraq, a lightning thrust by U.S. forces toppled Saddam Hussein in 2003, resulting in what was advertised at the time as an epic victory. Alas, the commanders responsible had given little thought to what might happen next. The independent judgment that they exercised turned out to be monumentally defective. In short order, an epic victory transformed itself into an epic quagmire.

Libya in 2011? Same story: Bold action, illusory success, then a first-class mess, albeit one that Libyans rather than U.S. troops were let to deal with.

It would be wrong to saddle the officer corps with exclusive responsibility for these serial disappointments. A fairer verdict would be this: Collaboration between senior Department of Defense officials, Republican and Democratic alike, and senior military officers from all services, resulted in deeply defective plans based on erroneous assumptions leading to unforeseen consequences that field commanders then struggled to contain, while expending lives and treasure with abandon.

Apportioning responsibility for military failure is not necessarily easy. Who, for example, squandered the “victory” won in Iraq in 2003? President George W. Bush? Donald Rumsfeld and the senior Department of Defense officials who fancied that it would all be easy? The now-suitably forgotten members of the Joint Chiefs of Staff at the time? CENTCOM commander General Tommy Franks, once upon a time heralded as a Great Captain? Answer: all of the above. (And, if only for reasons of gender balance, throw in the likes of Private Lynndie England, who rocketed to fame humiliating detainees at Abu Ghraib.)

Killing people and bombing things has become a substitute for policy and indeed for thinking.

What explains the exceedingly modest payoff that America gets for the $600 billion-plus dollars that congress annually funnels to the Pentagon? It’s ludicrous to suggest, as Exum does, that the problem lies with timid and slow-moving civilian officials who have “denied subordinate commanders the flexibility to exploit opportunities they saw on the battlefield.” No, the real problem is that the senior civilian officials aided and abetted by the military professionals to whom they look for professional advice have jointly failed in the formulation of a coherent strategy—a concrete plan to achieve U.S. policy objectives at a reasonable cost.

Senior civilians and senior military officers today engage in their tug of war over military minutiae—when, how, and whether to conduct a raid—because doing so enables them to sustain the pretense that the United States is engaged in a strategically purposeful enterprise: that America is killing people pursuant to some plausible political outcome. The truth of the matter is that America is killing people—terrorists and others—because its leaders don’t know what else to do.

Killing people and bombing things has become a substitute for policy and indeed for thinking. Where there should be strategy, there is a void. Will a president who looks to the likes of Steve Bannon and Michael Flynn for advice fill that void? I don’t think so.

The operative question is not: Why did last week’s raid in Yemen fail? Instead, it is: What are U.S. forces doing there in the first place? How, at this stage of the game, is further expansion of the conflict once known as the Global War on Terrorism advancing the basic security interests of the United States? All that Mr. Trump is doing is to embrace the legacy of his predecessors: perpetuating what has become an open-ended war of attrition.

“Slow and ponderous”? Me, I’ll take it any day of the week, especially if the sole alternative on offer is “hasty and stupid,” as it appears to be.

After the recent raid of the US Special Forces in Yemen, it will be more difficult to conduct ground operations on the territory of the country for the US. UPD: Yemen did not issue an outright ban on future American-led missions, though the country has called for a ‘reassessment’ of a raid, conducted by the US Special Forces on January 28, the Washington Post newspaper reported on Wednesday, citing a Yemen’s top diplomat.

Yemeni Foreign Minister Abdul-Malik al-Mekhlafi also told the AP news agency that “Yemen continues to cooperate with the United States and continues to abide by all the agreements,” adding that the Yemeni government “is involved in talks with the US administration on the latest raid.”

“It’s not true what’s being said,” a senior Yemeni official said, talking about the Yemeni ban on operations of the US Special Forces. “We and the international community are working side-by-side to fight terrorism,” he said.

In addition, the US Central Command has not stopped its operations on the territory of the country.

“We have not been directed to stop any operations against al-Qaeda in the Arabian Peninsula,” US mil CENTCOM spox about end to Yemen raids

US President Donald Trump, who announced the fight against international terrorism as one of his main priorities, met with the first failure – after the recent raid of the US Special Forces on Al-Qaeda headquarters in Yemen led to the deaths of civilians, the authorities of the Arab country have expressed a strong protest against such special operations of Washington, the Kommersant newspaper reported.

The problem of the US is worsened by the fact that the current Yemeni government are completely dependent on Saudi Arabia that means that the demarche, taken by them against the White House, could be sanctioned by one of the most influential countries in the Arab world.

The immediate occasion of the tough statement of the Yemeni authorities was results of the US SEAL’s raid on the headquarters of the Al-Qaeda group in the Arabian Peninsula (AQAP), carried out on January 29, during which 14 terrorists, one US soldier and at least ten civilians, including women and children, were killed.

According to an official version of the Pentagon, the operation had “purely a reconnaissance nature”: the aim was to seize computers and mobile phones of terrorists, as well as data on activities of the AQAP. But in fact, the special forces’ soldiers had one more task – to capture or kill AQAP commander Qasim al-Rimi, who is considered by the US as one of the most dangerous terrorists in the world. However, the US Special Forces did not manage to capture or kill him. Last Sunday, al-Rimi published online a video, in which he said that the “madman from the White House received a slap in the very beginning of his way.”

At the moment, Yemen actually is a divided state. Its northern regions, including the capital of Sanaa, are controlled by the pro-Iranian Shiite movement of Ansar Allah. An Arab coalition, created by Saudi Arabia, which supports President Abdrabbuh Mansour Hadi, recognized by the world community, has been fighting against the movement.

The government of Hadi came to power virtually as a result of a military operation, organized by Riyadh and its allies. Given this circumstance, it is difficult to imagine that the loud demarche against the new US administration was taken without an approval of Saudi Arabia. Consequently, the Donald Trump’s team runs the risk to get not only a traditional partner and ally in the face of Riyadh, as it usually was, but also a tough opponent.

At the same time, an advisor to the director of the Russian Institute for Strategic Studies, Elena Suponina, told the newspaper that there also could be another reason for such a statement of the Yemeni government – the Yemeni authorities were forced to react to the actions of the US Special Forces “under pressure of people.”

She reminded that Yemen was among the seven countries with predominantly Muslim population, for which Trump tried to impose a ban on entry into the US. On the other hand, according to Suponina, the Yemeni authorities would not be able to stay without military and technical assistance of Washington in the fight against terrorism. In this way, the expert suggested that there would be “backroom bargaining” between the Trump’s administration and the Yemeni government. 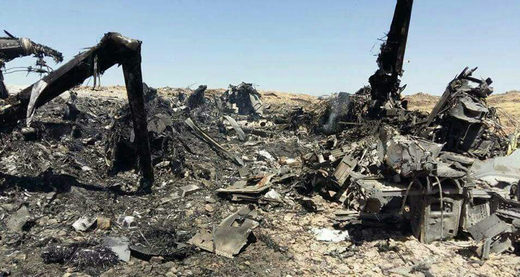 US government rhetoric against Iran has lately hit levels not seen since the Bush administration, and a string of events over the last couple of weeks in and around Yemen appears to be the reason for it. US drone strikes and airstrikes against targets in Yemen took place before, during and after Trump’s inauguration, but it was the US Special Forces (Navy Seals 6) raid in central Yemen on January 28th that got the US media’s attention. Two…