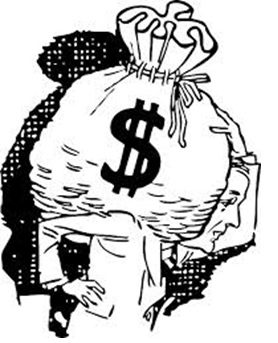 President Donald Trump has saved the USA $1 Trillion since his inauguration through July 1st when compared to President Obama during the same respective period!

According to the US Treasury, as of today President Trump decreased the US Debt since his inauguration by (-$103) Billion.

President Obama on the other hand increased the US debt in the same relative time period in 2009 by $918 Billion.

These numbers are staggering but the amount of debt reduction by President Trump may be more than is currently being reported because there is something wrong with the way the US Government is reporting the amount of US Debt.

Under President Obama, the amount of US debt stayed the same for long periods at a time when the debt reached levels that were near the US debt limit. The Obama Administration was suspected of ‘cooking the books’ to keep the government running rather than reporting the true amount of the US debt which would have resulted in a constitutional crisis and possible government shutdown. But under Obama the amount of US debt was always going up.

Under President Trump the amount of US debt decreased by $100 billion during his first 2 months in office. This trend stopped on March 15th and the debt amount reported is materially the same amount reported daily since that day.

It’s highly likely that the amount of debt reduction that has incurred since President Trump took over the Oval Office is even greater.